Yoga and My Body After Pregnancy 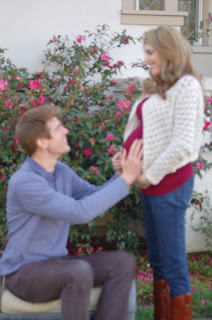 Are you thinking about getting pregnant for the first time, pregnant already, or thinking of having another baby? Now that Henri is one the whole world seem to be asking us:

When are you guys going to have another baby?

I’m never sure how to answer this question because we seem to go back and forth all the time. Life slows down for a couple weeks and i’m just SURE I want another baby as soon as possible and then BAM things get crazy and the thought of being in charge of another human makes my head spin. I also just read this article about child spacing and it makes me want to wait a little longer. If you want to read it you can click here.

But I am here to admit I have been thinking about pregnancy and childbirth A LOT lately. It’s something I feel passionate about. I’ve been thinking of all the ways I will help myself have a more comfortable healthy pregnancy this next time around. Don’t get me wrong I was pretty darn healthy besides that time I ordered David to take me to Taco Bell. I know, I know! Horrible, right? I just couldn’t resist the craving.

ANYWAY! So my pregnancy was for the most part very healthy yet I did have horrible back pain particularly in the last 4 months. I would wake up several times a night in terrible pain. I tried everything, even that giant pregnancy pillow called the snoogle. It helped a little but the pain was still pretty unbearable. I remember some nights lying awake thinking I would rather be awake caring for a newborn than awake feeling so uncomfortable. A couple weeks later I gave birth to Henri.

I’m one of those women that a lot of women probably hate because my body bounced back from pregnancy pretty easily. Within 2 weeks of having Henri I slipped on my pre-pregnancy jeans and BOOM they fit! Now, I don’t think this was completely by accident, I stayed active while pregnant and ate a nutrient dense diet without gorging myself. One thing that had changed about my body however was my stomach. It was a hot mess. Literally. If I sat down my stomach flapped over my jeans and if I layed down my stomach glooped over to one side. Not only was it unflattering but my back pain still lingered. I suspected it was all part of having a weak core but in those first months of having a baby it was on the back burner. I knew I needed to do something to heal my stomach and weak back but it was just too overwhelming to think about. One of my friends had been to see a chiropractor to help with her back pain, so I was tempted to give her a call and ask for a recommendation.

Then, one night David, Henri and I were out on a walk and I mentioned to David that my back and stomach were still bothering me (when I went on a light walk I would get stomach cramps from the exertion). “ I think yoga might help me”, I said to him. He listened and said, “DO IT.” Within a day I found a studio and we arranged with his mom to watch Henri (thanks Pauline!) and I went to my very first yoga class.

Let me tell you, IT WAS HARD. I realized in that class that I could hardly even hold my body weight in the plank position. I was just too weak. All the teachers were so kind and encouraging to me. They made it easy to keep going back. I am now convinced yoga is something that would benefit all pregnant mamas as well as being one of the best ways to get your pre-pregnancy body back. I didn’t realize I had such a “story” to tell so I’m going to split this topic into segments. So next week I’ll be writing why I think you should practice yoga if you are a pregnant mama followed by doing yoga to get back that pre preggo bod!

What kind of exercises did you do while you were pregnant? How did you get your body back after? Join the conversation in the comments below!

Hi! I'm Julia AKA Coco. As a wife and now new mom I blog about natural living in what seems like an artificial world. I have a passion for REAL food, natural birth and gentle parenting... READ MORE